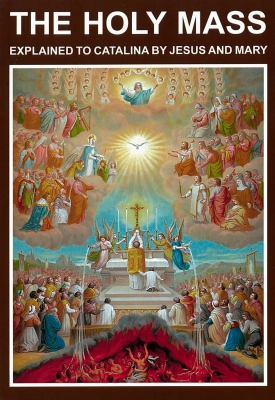 The Holy Mass, Explained to Catalina Rivas by Jesus and Mary

Catalina Rivas is from Cochabamba, Bolivia. She is said to have received messages from Jesus, Mary and the angels and has the approval of her bishop, who has given his imprimatur to her messages.

In this booklet, Our Lord and Our Lady explain to Catalina what is really going on during the Mass in the spiritual realm, and how we should concentrate more on the great mysteries that are taking place. It gives incredible insight that will change the way you observe and celebrate in the Holy Mass. 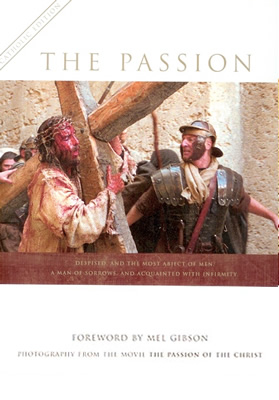 A stunning book which enhances the experience of the movie. The Passion is a visual portrayal of the last twelve hours in the life of Jesus. This book contains gripping photos taken on the set of Mel Gibson's film, The Passion of The Christ which, together with biblical narratives, present the story in vivid detail. It contains a sweeping overview of the Passion story in powerful images that will enhance the movie experience!

The large (21cm x 29cm) book features a foreword by Mel Gibson, a full-colour hardcover with jacket, 160 pages, detailed photographs taken on the set during the production of the movie, and biblical texts corresponding to the pictures in the book. 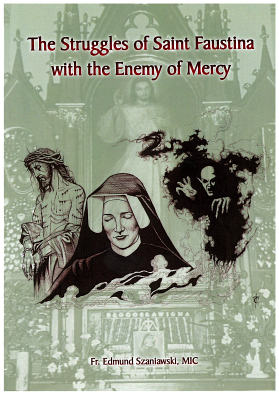 The Struggles of Saint Faustina with the Enemy of Mercy

This book tells the story of Sister Faustina, a nun to whom God entrusted the message of Mercy. It is also about the presence of Satan in the life of this Saint; Satan the tempter, Satan who is full of hatred, "the enemy of Mercy".

The book tells the story about devotion to the Divine Mercy. Satan hates Divine Mercy because it takes away souls that were once in his hands. It not only informs us of the attacks of the enemy on our souls, but it also gives us the tools to oppose Satan, and it assures us of our victory.

Written by an exorcist priest of many long years who has a great understanding and has seen firsthand the tricks and snares of the enemy. Illustrations by world-famous Divine Mercy artist Tommy Canning. 40 pages. 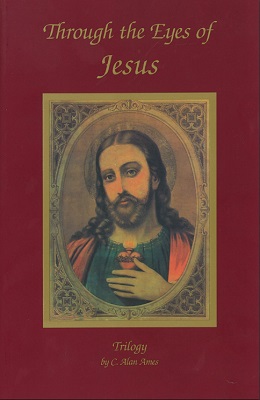 Through the Eyes of Jesus (Trilogy)

This hard cover book contains Volumes 1, 2 and 3 of Through the Eyes of Jesus and would make an ideal gift for anyone who wishes to learn more about the down-to-earth interaction of Jesus with His Disciples on the roads to Jerusalem. “Are the events and details of Jesus’ life told here true? I got my ‘yes’ answer as I compared them with the life of Jesus as I had learned it from the Gospel, church teaching and tradition. To imagine the events told here without an interior vision would be as easy as writing the gospels without Divine assistance.” 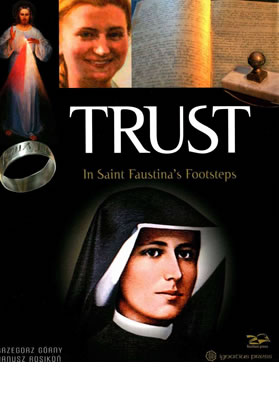 This is a story about Saint Faustina - one of the greatest Christian mystics of the twentieth century - and her devotion to the Divine Mercy, which has become the fastest spreading religious devotion in the world.

This lavishly illustrated book is essentially a love story about God’s immense love for his people and the reciprocation of this love by the humble Polish nun declared a saint by Pope John Paul II.

In fulfilling the mission entrusted to her, Sister Faustina met with many obstacles, but she came through all her trials victoriously. The power of her message about God’s infinite mercy, forged in the fire of adversity, has accomplished seemingly impossible things. Although coming from the spiritual visions of just one person, devotion to the Divine Mercy has spread throughout the world like lightning, bringing to mind the parable of the mustard seed: from one small seed grew a great tree with many branches.

This book is also a story about Jesus Christ, Who is not remote and abstract, but Who enters human history, Who enters the events of our lives and forges relationships with us. The work of Jesus Christ is very real and so, too, is this book marked by reality.

To follow in the footsteps of Saint Faustina, the author and photographer moved from place to place— real places in eastern Europe such as Warsaw, Krakow, Plock and Vilnius. They encountered real people, such as Blessed Michal Sopocko and Blessed John Paul II. They recorded their observations and impressions in beautiful prose and gorgeous photographs in order to bring the realness of these places and people to as wide an audience as possible. IMPORT USA.