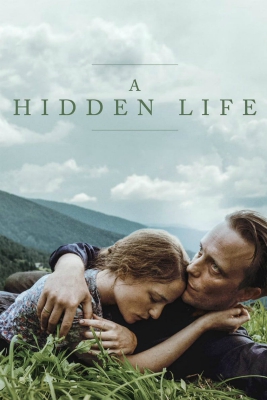 Based on real events, A HIDDEN LIFE is the story of an unsung hero, Franz Jägerstätter, who refused to fight for the Nazis in World War II. When the Austrian peasant farmer is faced with the threat of execution for treason, it is his unwavering faith and his love for his wife Fanni and children that keeps his spirit alive. 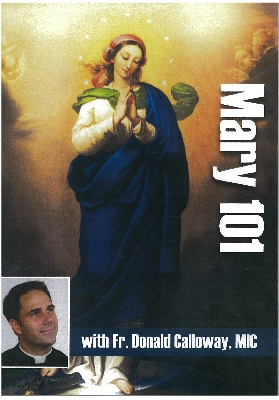 Renowned Mariologist and bestselling author Fr. Donald Calloway, MIC, gives an easy-to-understand overview of the best and loveliest of all women: the Blessed Virgin Mary. Learn from Fr. Donald why he loves Our Lady so much, and why we should, too. 50 minutes. 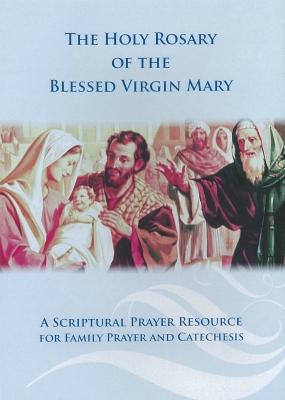 The Holy Rosary of the Blessed Virgin Mary

With many holy scenes and verses from the twenty Mysteries, pray the Holy Rosary with five priests who are specially devoted to this most powerful prayer and encourage your family, friends and parishioners.

John Canavan is an international speaker on the Message of Divine Mercy. In this 60-minute video recorded in March 2005, John gives a detailed talk on the importance of this urgent message and explains why now is the time for Mercy.

For many years, John was involved full time in the comedy industry and gives his personal and inspiring witness on how the Mercy of God touched his heart as a non-believer and changed his life dramatically.

Since 1992, John has been director of Divine Mercy Publications, in Australia and has given his personal witness in many corners of the world. John is married with six young children and has also worked extensively as a Auctioneer. 60 mins.

An uplifting video which will prove to people that God has a sense of humour and in his time answers the prayers of those who are being prayed for. 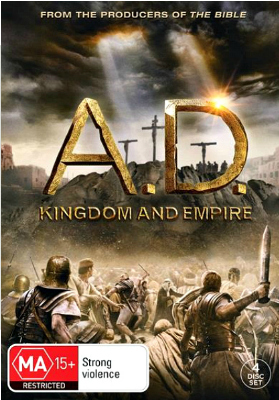 From executive producers Roma Downey and Mark Burnett comes AD: Kingdom and Empire - the spectacular 12-part series that picks up where The Bible left off.

This powerful spiritual journey begins with the crucifixion and resurrection of Christ, chronicling the heroic acts and sacrifices of His early followers during the most tumultuous of times as they change the course of human history.

Featuring an extraordinary international cast, thrilling action and astonishing visual effects, AD: Kingdom and Empire is an epic story for the ages... and inspiring entertainment for everyone. 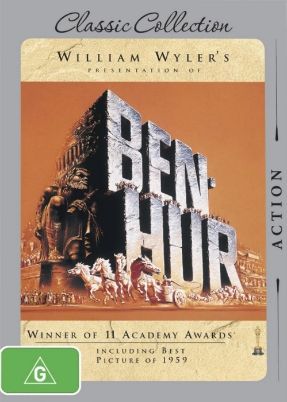 Experience the visual splendor, thundering action and towering drama of this epic winner of 11 Academy Awards including Best Picture. Charlton Heston brings a muscular physical and moral presence to his Best Actor Oscar-winning role of Judah Ben-Hur, a Jewish nobleman in Palestine whose heroic odyssey includes enslavement by the Romans, vengeance against his tormentors during a furious arena chariot race and fateful encounters with Jesus Christ. Best Director winner William Wyler masterfully grips the reins of an enduring and spellbinding spectacular. 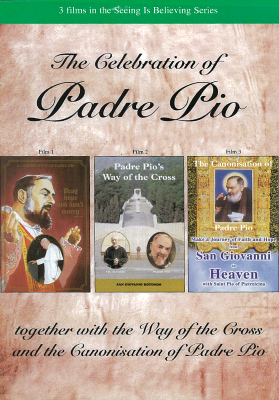 Released on DVD in Australia for the very first time, this is a new compilation of three popular films on Padre Pio:

Excellent, informative and prayerful viewing for any Padre Pio devotees. Worth over $100 if sold separately as 3 DVDs! 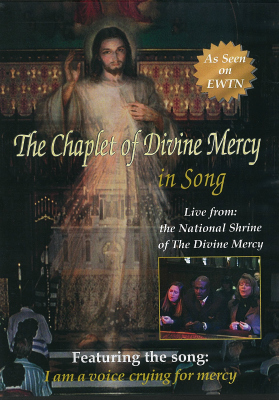 Chaplet of Divine Mercy in Song

Cross the gap between contemporary and traditional prayer music with Catholic songwriter Trish Short's new version of The Chaplet of The Divine Mercy in Song.

Faithful to the authentic prayer found in the Diary of St. Maria Faustina Kowalska, the Chaplet calls upon the merits of Jesus' Passion to bring mercy on the whole world. This new recording will reach people of all backgrounds with the message of mankind's need for God's mercy.

The gentle melody, blending piano, guitar, and percussion with lead and background vocals, will stay in your heart long after you've listened. Also features: "I am a Voice Crying for Mercy." 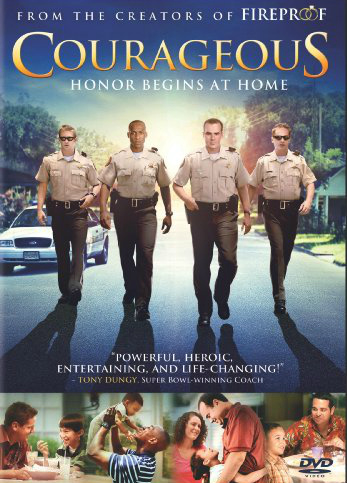 Four men, one calling: To serve and protect. As law enforcement officers, Adam Mitchell, Nathan Hayes, David Thomson, and Shane Fuller are confident and focused. Yet at the end of the day, they face a challenge that none of them are truly prepared to tackle: fatherhood.

While they consistently give their best on the job, good enough seems to be all they can muster as dads. But they're quickly discovering that their standard is missing the mark. When tragedy hits home, these men are left wrestling with their hopes, their fears, their faith, and their fathering. Can a newfound urgency help these dads draw closer to God ... and to their children?

Filled with action-packed police drama, Courageous is the fourth film from Sherwood Pictures, the movie-making ministry of Sherwood Baptist Church in Albany, Georgia. Riveted moviegoers will once again find themselves laughing, crying, and cheering as they are challenged and inspired by everyday heroes who long to be the kinds of dads that make a lifelong impact on their children.

Protecting the streets is second nature to these men. Raising their children in a God-honoring way? That's courageous. 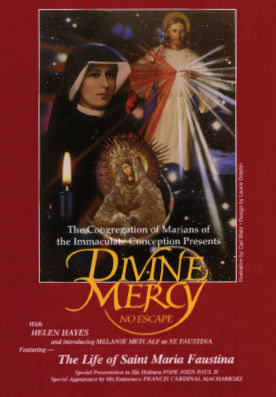 In 1987, coinciding with the occasion of Pope John Paul II's visit to the United States, the motion picture Divine Mercy - No Escape was premiered at Grauman's Chinese Theatre in Hollywood. The film was an act of faith in God's mercy for mankind, and a fulfillment of the Congregation of the Marians' commitment to spread the message of Divine Mercy brought to the world through a young Polish nun.

Although the mystical life of the heroine, Saint Faustina, is not yet as well-known as that of Saint Catherine of Siena or Saint Teresa of Avila, her message is of equal importance - perhaps even greater importance for our time.

In a diary which she called Divine Mercy in My Soul, Saint Faustina recorded all that God had told her. Although she had received very little formal schooling, Faustina wrote with few corrections or erasures. During the last years of her life, she wrote the equivalent of 600 printed pages. This was a work of faith.

With Helen Hayes as principal narrator, and introducing Melanie Metcalf as Sister Faustina.