Our popular films in Blu-ray format! 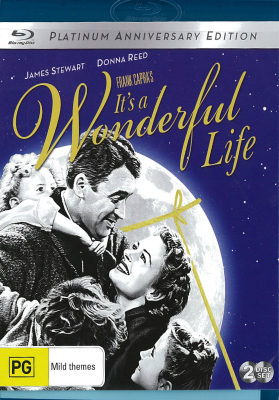 It's a Wonderful Life Blu-Ray

James Stewart was once quoted saying that this was his favourite film in which he acted.

One of the best-loved films of all time, Frank Capra's masterpiece tells the story of George Bailey: a man who spends his whole life helping others at his own sacrifice and trying to make good in a small town, only to feel as though it has all been for nothing. As Christmas draws near his despair only seems to grow as the town millionaire causes George more trouble at the bank where he works.

When George is on the verge of suicide, his guardian angel is sent down to show him what life would have been like for all those around him had he not been born.

This film touches the heart and soul deeply and just makes us realise how one person's life can affect so many others. 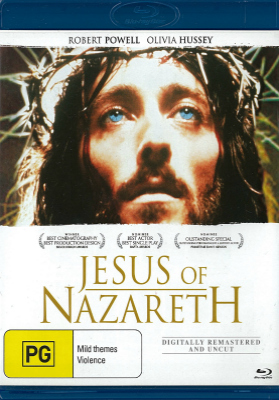 This epic film (6.5hrs) Jesus of Nazareth remains one of the most inspirational films ever made for television.

Filmed in 1977, Jesus of Nazareth remains to this day a favourite for many Christians throughout the world. The director, Franco Zeffirelli, is believed to have created one of the most reverently accurate portrayals of Christ ever seen on film. It is reported to have been the late Pope John Paul II's favourite film on the life of Christ.

Beginning before the Nativity and extending through the Crucifixion and Resurrection, Jesus of Nazareth brings to life all the majesty and sweeping drama of the life of Jesus (portrayed here by Robert Powell) as told in the Gospels.

The film provides the setting and background for the birth, childhood, baptism, teaching and many miracles of the Messiah, culminating in the Divine Resurrection. 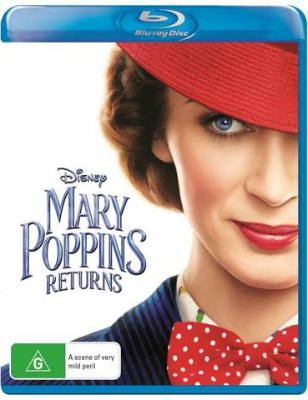 Now an adult with three children, bank teller Michael Banks learns that his house will be repossessed in five days unless he can pay back a loan. His only hope is to find a missing certificate that shows proof of valuable shares that his father left him years earlier. Just as all seems lost, Michael and his sister receive the surprise of a lifetime when Mary Poppins -- the beloved nanny from their childhood -- arrives to save the day and take the Banks family on a magical, fun-filled adventure. 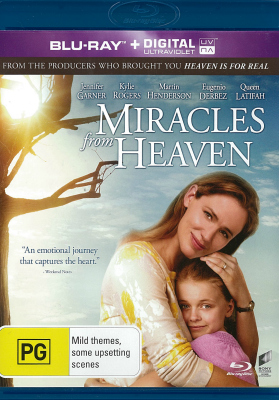 Miracles From Heaven is based on the incredible true story of the Beam family. When Christy (Jennifer Garner) discovers her 10-year-old daughter Anna (Kylie Rogers) has a rare, incurable disease, she becomes a ferocious advocate for her daughter’s healing as she searches for a solution.

After Anna has a freak accident, an extraordinary miracle unfolds in the wake of her dramatic rescue that leaves medical specialists mystified, her family restored and their community inspired. 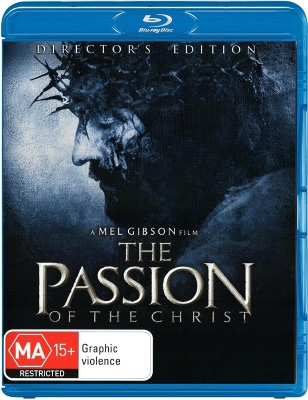 Passion of the Christ Blu-Ray

Sometime around the year A.D. 30, in the Roman province of Palestine, an obscure Jewish carpenter named Jesus of Nazareth began to teach publicly and to proclaim the coming of a 'Kingdom of God.' For centuries, the Jewish people had expected the appearance of a promised deliverer known as the Messiah --a figure who would restore their ancient dignity, and free their sacred homeland from all evil and despair.

In the minds of many, Jesus appeared to be this Messiah. Surrounded by a core group of twelve disciples, Jesus began to attract a massive following from among the common people of Galilee and Judea, who eventually praised him as their Messiah and King. However, Jesus also had many enemies in Jerusalem. The Sanhedrin, a governing senate composed of the leading Jewish priests and Pharisees, conspired to put Jesus to death.

With the aid of Judas Iscariot, a member of Jesus' own inner circle, the Sanhedrin succeeded in arresting Jesus, handing him over to the Roman secular authorities on unsubstantiated charges of treason against Rome. Although Jesus consistently maintained that his Kingdom was a heavenly and spiritual one, the Roman procurator Pontius Pilate, faced with the possibility of a riot, ordered that Jesus be taken outside the city and crucified as a common criminal. 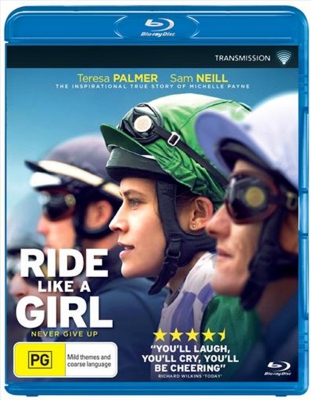 As a little girl, Michelle Payne dreams of the impossible: winning the Melbourne Cup--horse-racing's toughest two-mile race. The youngest of ten children, Michelle is raised by single father, Paddy (Sam Neill). She leaves school at fifteen to become a jockey and after early failures she finds her feet, but a family tragedy, followed by her own near-fatal horse fall, all but ends the dream. But with the love of her dad and her brother Stevie, Michelle will not give up. Against all the medical advice and the protests of her siblings, she rides on and meets the Prince of Penzance. Together they overcome impossible odds for a shot at the dream: a ride in the 2015 Melbourne Cup, at odds of 100 to 1. The rest is history. 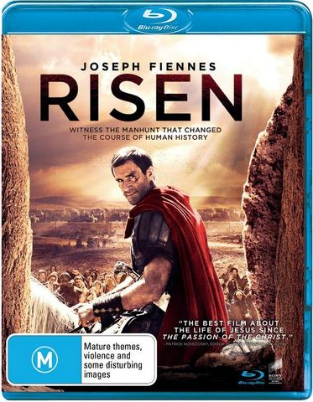 "Risen" is the epic Biblical story of the Resurrection, as told through the eyes of a non-believer. Clavius (Joseph Fiennes), a powerful Roman Military Tribune, and his aide Lucius (Tom Felton), are tasked with solving the mystery of what happened to Jesus in the weeks following the crucifixion, in order to disprove the rumors of a risen Messiah and prevent an uprising in Jerusalem.